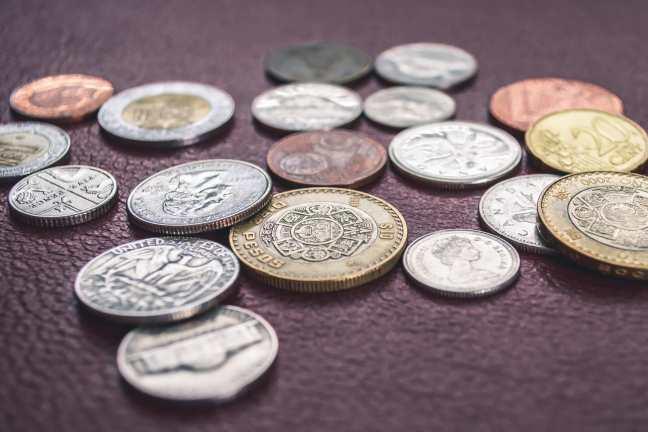 This Summer, Facebook announced its own currency: the Libra, that could be used for future payments within the Facebook ecosystem of services (Whatsapp, Instagram, Facebook). This is just one of the signals of what our wallet will look like in the future. Read  my vision of the future below.

“Would you please walk through the gate again, Laura?”  The service robot from the Alibaba-to-Go store asks.

Laura looks at her smartwatch. Strange, usually she can just go through and the payment is set- tled automatically. Didn’t she still have enough funds? She checks her digital wallet, an app on her smartwatch. Indeed, enough Ali-Coins to pay for it.

With Ali-Coins she can pay everything she buys at Alibaba, which is pretty much everything. The payment system has completely ousted the once popular iDEAL, the payment standard with which the Netherlands played a leading role, but which had no bonus system. In fact, in 2039 there are only two major payment systems left: one from Alibaba and one from Amazon. A typical example of the winner takes all, with the two major world players competing globally. After the takeover of Albert Heijn, Alibaba became the largest in the Netherlands. Which of the two systems you use is actually determined by who your parents are. From childhood, you get Ali-Coins with every purchase and every form of data and with important moments in your life that you share with Alibaba. It is a sort of loyalty system like grandmother’s grocery stamps or the frequent flyer miles system. By liking products, review- ing and promoting them in vlogs, you can increase your balance.

In terms of discount offers, you really cannot wish for anything better, you get the best price anywhere and Alibaba often already knows what you want to buy before you think of it yourself. Laura regularly receives suggestions as she walks through the city. And for most people, the idea of switching to Amazon, where they would lose all their bonus points and have to start from scratch, just makes no sense. Sometimes, one of the two tries to make customers switch with a big welcome bonus, but most people never switch, as in earlier times, it used to be with banks. Governments have been trying for years to break open this currency system, but without success. Ali-Coins are so popular, especially among young people, that abolishing that system is not a realistic idea. Privacy has finally become a real currency, others say. However, the government regulates the loyalty coin market. For example, certain extra bonus points are only valid for a short period of time, there is a maximum to the total number of bonus points and they cannot be exchanged for real money.

Ali-Coins are not the only currency Laura has in her wallet. She also has Euros, the currency in which she receives her salary and with which she can pay anywhere in the world. Exchange rates are updated real-time. A system of central banks worldwide keeps the Euro stable against other currencies, such as the Dollar and the Renminbi – the latter having swallowed up the other Asian currencies. Keeping the exchange rates stable was a major challenge for many years, because it requires large cash flows between the strong and weak economies.

Meanwhile, world trade has been decreasing for years, because regions are becoming more and more self-sufficient. As a result, the main currencies have become much less sensitive to financial speculation and competition politics. However, interest rates are still kept artificially low to stimulate business investment and to keep weak economies going. In this way the financial system started to erode the social coherence in societies more and more. Money savings on the bank did were not an incentive anymore for people to invest in their own future and in each other. Therefore a social currency was introduced.

Laura also has Socio-Coins, which she has earned by getting diplomas at school, doing volunteer work, helping her neighbours and, recently, by shovelling snow. It is a way in which the government rewards its citizens for their efforts. The Socio-Coins are a form of social capital with which citizens can build up a supplementary pension based on their contri- bution to the community and their reliability. One can lose Socio-Coins for major violations or criminal behaviour and fraud.

The social credit system came over from China, which has had twenty years of experience with it. The system makes sure that people comply with laws and regulations and help each other more. Moreover, the system is completely disconnected from people’s economic status. People who are financially poor and have had no job in their lives can still be rich in Socio-Coins and thus have an almost ‘free’ old age. Fanatic citizens can earn a kind of basic income with their commitment to society, giving them access to sport, care and culture. Sick and weak people receive Socio-Coins from governments, citizens and local charities.

Laura has put the rest of the money she has earned and collected into a ‘savings account’, the worth of which is guaranteed by her bank, after inflation and taxes. The bank has invested most of it in certificates that finance numerous projects worldwide, including loans to entrepreneurs and farmers, investments in sports clubs and social housing, in development aid and in fair trade products. Occasionally Laura spends some money on special crowdfunding projects that she selects herself. Like deposits in the past, that money cannot be retrieved for a while. She receives an average interest rate of 5%, much more than the below 0.5% interest rates that were standard rate in the world market for decades. The low rates were not surprising, because they were based were based on a debt economy and kept artificially low by governments to encourage people to investment. Saving accounts now are social markets devel- oped by banks, in which consumers and entre- preneurs invest in each other in exchange for interests that they consider reasonable. These interest rates are independent from the financial markets, where governments intervene on an ongoing basis and where speculators continually influence the exchange rates of currencies like the Euro. Interest rates in the social mar- ketplace are driven not so much by a desire to optimize returns, but by people awarding and investing in each other.

Money for later: crowdfunding and Eco-coins

Her bank has developed a special Eco-coin for the certificates, a Bitcoin-inspired crypto- currency, which is linked to the global sustainability index. Since governments worldwide are all working to make their economies more sustainable and cleaner, the currency is gradually growing in value, which allows the bank to guarantee its customers a certain value (paid in Euros when they decide to withdraw money), with a small positive interest rate. Most citizens put the money that they do not immediately need into an Eco-coins account.

For now, things look secure for Laura, and she has no financialy worries.

* The payment has been made * A voice says in Laura’s right ear.

Smiling happily, she goes on looking for her bike.

Perhaps in the future, like Laura, we will have different kinds of money in our ‘wallet’. In fact, we are already seeing different variants emerge, precursors of such currencies are already being used. The different currencies can be used to do justice to different goals in society. A different ‘market’ is associated with each currency. After all, society is more than a marketplace where transactions are driven by rationality and selfishness, or, in economic terms, where people try to maximize their own benefits. It is precisely the investment in community spirit and sustainability that can be helped by creating new ‘social’ markets that elicit and encourage interactions between people, and in which other psychological and social characteristics are addressed. Local coins can support local communities but are less suitable to support world trade. In the course of history, through harmonization, standardization and consolidation, a few large monetary blocs with big strong currencies have emerged. However, it soon became clear that this ideal of a global market and global competition failed to meet the needs of people in their communities.

The blockchain technology on which the Bitcoin is based has paved the way for countless new financial innovations. Can we, with new possibilities like Bitcoin, be sure that, as a society or a group of citizens, we can realize better markets and, with them, a better society? Could we free ourselves from the unsustainable financial system of 2019, which is based on debt and increases inequality? That would truly be leading us to a new ‘wisdom of the crowd‘.

This article was published in ‘Bioprinters, resource-roundabouts and brainternet? On how we produce, consume and redistribute in 2050’. Silke den Hartog – de Wilde (red). The Netherlands Study Centre for Technology Trends, The Hague, 2019. Download full report here.